Udaipur in Rajasthan is one of the most picturesque places in the world, and a magnet for tourists. Udaipur attractions include its picturesque beauty; the city is renowned for its lakes, palaces, and the lush hills of the Aravallis. Udaipur sightseeing on a motorcycle tour can be quite an unforgettable experience indeed. 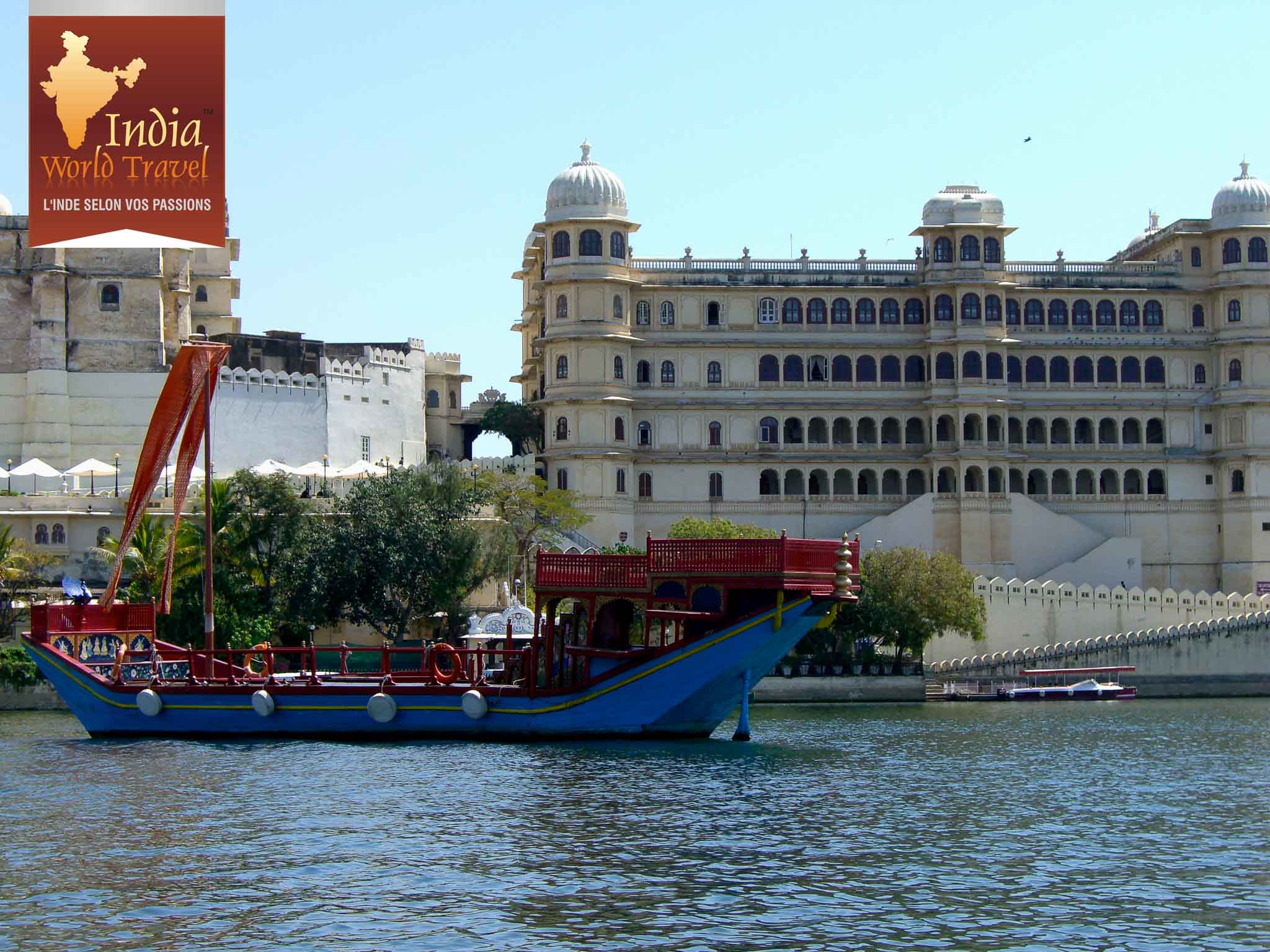 Udaipur was founded by Rana Udai Singh and was the capital of the Rajput kingdom of Mewar, ruled by the Ranawats of the Sisodia clan. It is the world’s oldest surviving dynasties and has been referred to as the “Venice of the East”.

The enormous complex is a tribute to architectural taste of the Maharana’s of Mewar. It was built on a hill top in a flamboyant style with a fusion of the Rajasthani and Mughal architectural styles. Its surroundings… that gives a panoramic view of the city houses a large, varied collection of artifacts. The crystal gallery, the vintage car museum, Daawat-i-Aam, Daawat-i-Khas, Maharani Palace and the view of the city and Lake Pichola are the major attractions of City Palace.

This garden is famous for its lush green lawns, marble art work, well-maintained water fountains and amazing lotus share presenting a green retreat in the dry lands of Rajasthan. The queen with her maids and female companions used to come here for a stroll and spend their time in leisure and now visitors enjoy the same.

The charm of Udaipur is incomplete without Fateh Sagar Lake, which is situated in the north of Lake Pichola and is connected to it through a canal. Taking a boat ride on Lake Fatehsagar is a must-do activity in the city if, you are looking for some fun in the city. There are three islands in the lake out of which Nehru Park is the most famous.

Shilpgram is a amazing place to see the different customs and way of life of Indian as this government-owned complex functions the non-urban way of life of Rajasthan, Maharashtra, Gujarat and Goa. Other than purchasing the typically developed products here, one can also appreciate equine and camel trips along with conventional dancing and songs. This Craftsmen’s Village is situated at a distance of 3kms from the main city.

The Udaipur Bharatiya Lok Kala Mandir has a museum which boasts of a rare collection spanning a period of 44 years. Bhartiya Lok Kala Museum is an perfect position for the record lovers as it shows a selection of Rajasthani way of life. Providing an understanding into the way of life of the stylish era in Udaipur, the collection has a outstanding selection of outfits, tribe jewelry, turbans, baby dolls, covers, musical show equipment, artwork and puppets, which are the emphasize of the collection.

Located in the former condition garage area are 22 vehicles, such as a seven-seat 1938 Cadillac; 1934 Rolls-Royce Phantom, which was used in the well-known Wayne Connection film, Octopussy; and the Ferrari sports convertible that once taken King Age II to Manchester International terminal in 1961. This collection is situated at ten or twenty yards of 1km from City Structure and is indeed one of the best destinations for traveling in Udaipur.

Rajputana Stories are not only about heroism and bravery. They also had a great faith in their family God or Goddess. Lord Shiva is the family god of Mewar Dynasty in the form of Eklingji. The kings of Mewar dynasty only ruled as a representative of Eklingji. This temple is 1300 years old and made of marbles. The Temple is very grand and magnificent in conception and perfect in execution. Hindu pilgrims come here from far places throughout the year to worship the Lord Eklingji.

Battle of Haldighati is an important battle of Indian History, that wrote a new chapter in the history of Rajputana. Maharana Pratap never accepted subordination of the Mughal Emperor Akbar and fought bravely with Mughal army in the Battlefield of Haldighati. Haldighati area is also famous for the cultivation of Chaitri Roses ( a type of rose). These roses are used in the production of Rose water, Rose syrup and perfumes and these products are famous worldwide today.

Between the splendid palaces and formidable forts of Rajasthan, the Jain Temple at Ranakpur still attracts people’s attention with full splendor. Built in the 15th century, this temple is situated at a place that seems neither like a town nor like a village and surrounded by the Aravali Hills and dense forests. About 1000 carved pillars of this temple are beautiful pieces of craft skills on the white marble stones. 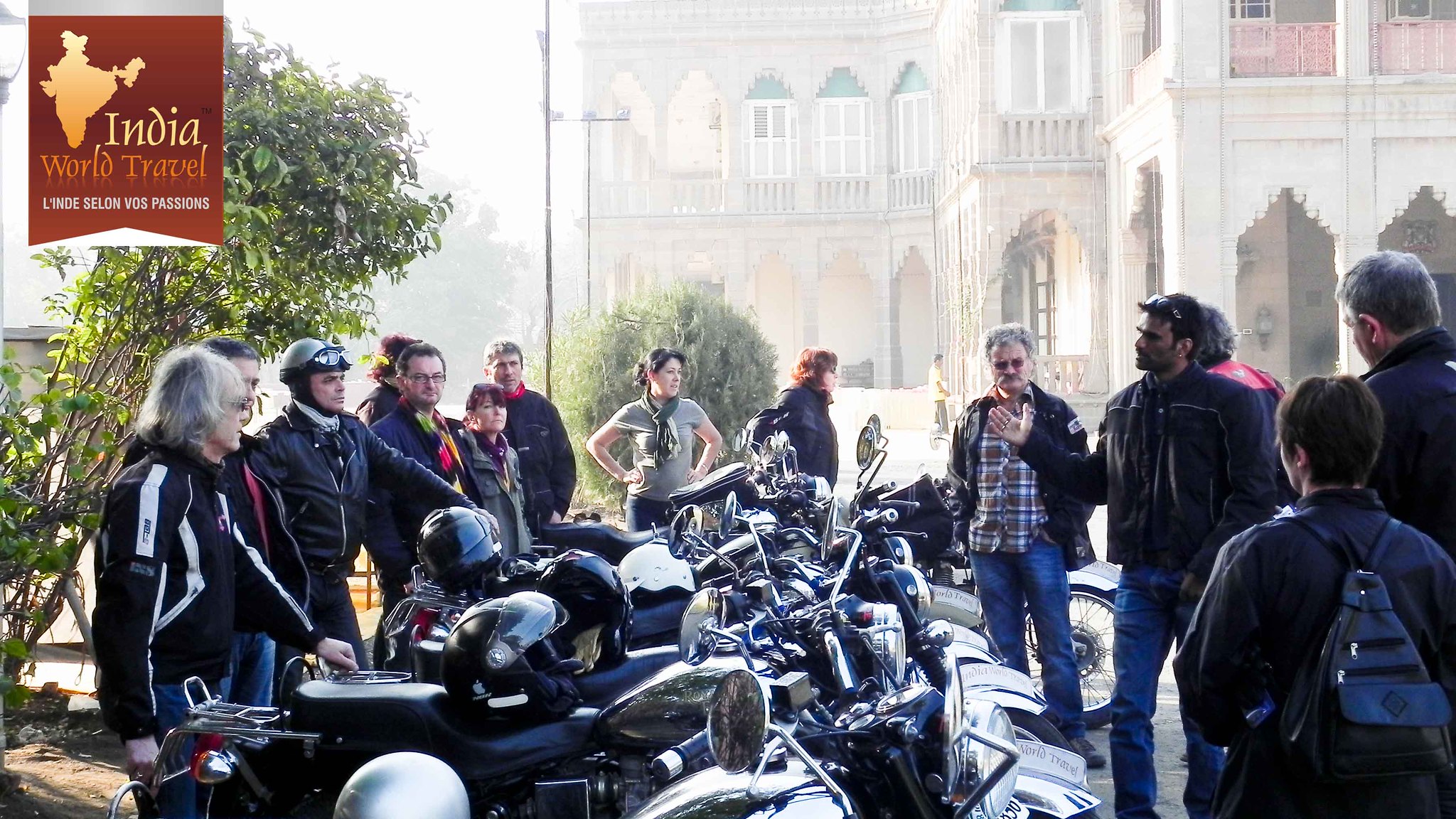